In this part 2 blog we explore space closure for hypodontia, focusing on methods of camouflage of missing lateral incisors through orthodontic or restorative means

Why space close for missing teeth?

Space closure has a number of advantages over space opening, however the two approaches have been debated in point / counterpoint debate in the AJODO  by Vincent Kokich and Bjorn Zachrisson in April 2011 (informally known as the USA Vs European debate, pre-Brexit for those in the UK unsure of their side)

Why not to space close?

Colour: Around 1 in 2 (55%) of patients who had space closure were unhappy with the colour of the canine tooth 55% (De-Marchi et al., 2014). Options for bleaching are limited until patients reach 18 in the UK.

Is the lack of canine guidance an issue?

The lack of canine guidance and its attainment, feature in both camps to support their approach, similar to Brexit where both parties argued the opposite way was best for the country (clearly Brexit is still on my mind). Space closure cases, as expected, mainly achieve group function occlusal scheme (93-100%), the prevalence of TMD (modified Helkimo) was found to match those of space opening cases as well as controls (Silveira et al., 2016, Rosa et al., 2016). Effective function and abfraction lesions were found not be significantly different to controls, however there is a recommendation to reduce the palatal aspect of the canine to avoid anterior interference and heavy anterior occlusal contacts (Kravitz et al., 2017). The conclusion from Bjorn Zacchrison was that there is “no evidence for establishment of class i canine relationship”, a bold statement, not just in typography, however there are no long term follow up studies beyond 10 years, which limit findings to younger patients only.

There are a number of restorative methods to achieve canine substitution, below are three key methods 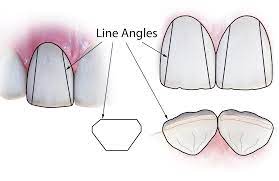 So space closure is the best option?

The point / counterpoint between Bjorn Zacchrison and Vincent Kokich on space opening Vs space closure debate is evidence enough of there being no conclusive ‘best option’. At the reading of this subheading it would appear readers have been misled and wasted their time, however a mentor of mine once replied to the question of what technique is best in orthodontics with “it depends”, a statement pertinent to the topic of this blog series. In redemption of having misled the readers, below is an extensive list of factors for consideration when substituting canines: 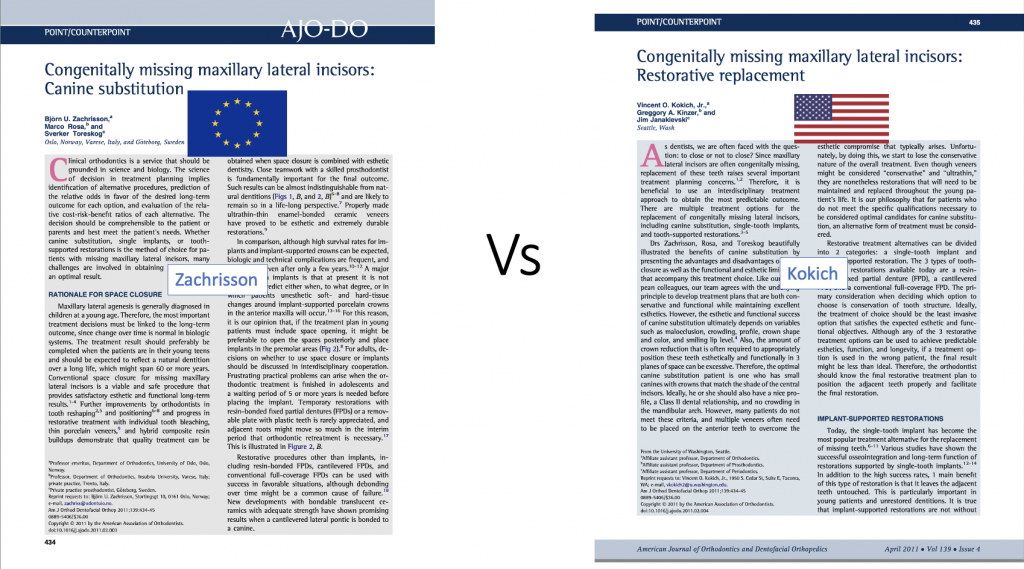 We hope you have enjoyed part 2 of the blog, the next blog will be the final blog of this series entitled ‘What would Kokich do?’. This blog started with a conversation between Farooq Ahmed and James Andrews, to follow more conversations, clinical tips and commentaries on orthodontics please check us out on Instagram: